None
"Wingstick Mastery" is a side quest in RAGE given to the protagonist by Loosum Hagar in the Hagar Settlement. It is available after accepting the quest "Quell the Bandit Threat".

Learning to throw a Wingstick may save your life, and I'm the best teacher around.

It's pretty simple, just throw the Wingstick at your target and the Nano-core will do the rest. If the Wingstick survives impact, it'll fly back to where you tossed it, so don't move around too much.

Prove you can handle 'em, and I'll tell Halek you're safe.

Tip: when throwing Wingsticks, try aiming the center of the area immediately after sending a Wingstick to a target. This will allow you to shorten the time needed to move the crosshair to the next target.

You have to throw Wingsticks on mutant-shaped cardboards in order to gain enough points to succeed in the mission. Two points are awarded for the bottom targets, and three points for the top target. You will need to get 10 points to complete the mission. (This varies depending on difficulty.) Once you complete the mission you will be given five Wingsticks, and the possibility to buy them from vendors. 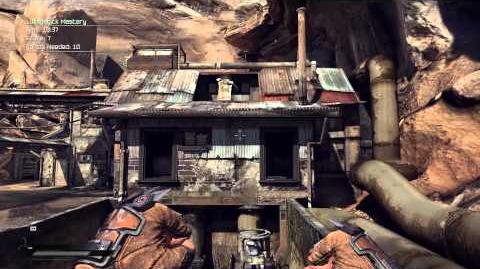