This article deals with the weapons appearing in RAGE and its add-on, The Scorchers. In keeping with id Software's tradition of weapon switching from 0 to 9 (in PC/Mac versions only), these weapons cannot be dropped nor exchanged with another weapon. 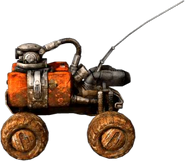 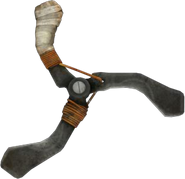 Nail Gun
Add a photo to this gallery
Retrieved from "https://rage.fandom.com/wiki/Weapons_in_RAGE?oldid=42335"
Community content is available under CC-BY-SA unless otherwise noted.