Feltrite is a crystalline substance that was brought to Earth with the 99942 Apophis asteroid. It is very strong and lightweight, making it an ideal material for construction. Feltrite is also highly attracted to gravitational pull, more so than normal, thus it can be concluded that Feltrite may be what was responsible for changing the course of Apophis and causing it to come into a collision course with Earth. This material is also rumored to be responsible for the Wasteland mutations.

The Authority said the Mutants were created by the Feltrite radiation, but this is a lie as Feltrite isn't radioactive.

Because of its structure, it can be used to create stronger types of ammunition, as well as better armor. Feltrite is also used in creation of EMP Grenades through the use of Feltrite Power Packs, implying that it may have some kind of electronic disruptive capabilities in it.

In a complicated refining process, Feltrite can be used to create explosives as well. Which the Shrouded Clan was trying to do, and successfully as mentioned by Antonin Kvasir. The Gearheads are also known to use it as a component in the nuclear synthesis process with plutonium to produce massive amounts of energy.

Because of all the benefits brought by the use of the material in different fields, the Feltrite Crystals that contain noticeable amounts of Feltrite are highly prized and valuable, never being sold by any vendor due to their rarity. Some characters will even entice Nicholas Raine into giving them some for a rather worthwhile reward.

In 2165, the Feltrite was the most common power source for lights, weapons and vehicles. 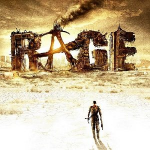