The local capital, Subway Town, was built beneath the ruins of Crescent City. It is the only major settlement in the game that is located underground. Though not controlled by the Authority, Subway Town is a place where being extra cautious is advised because the Authority has some "eyes and ears" snooping around. The town is known to have some power problems, and thus Nicholas Raine is requested to steal the Gearheads' nuclear energy tech. This benefits him as it secures his base around the town.

The Resistance, the anti-Authority movement, has the main base of operations in Subway Town. The place is buried beneath the streets of Subway Town and contains all the tech salvaged by the Resistance and serves as HQ in which all actions against the Authority are planned.

Capital Prime, the Authority's capital city and main base of operations, is located in the Authority Territory, the part of the Eastern Wasteland isolated from the main area by a security bridge. The Authority will not tolerate any attempt to cross this bridge, or infiltration their turf.

NOTE: There are also two sewers in this region (Wasteland Sewer Missions DLC required), and a few bandit clan hideouts. 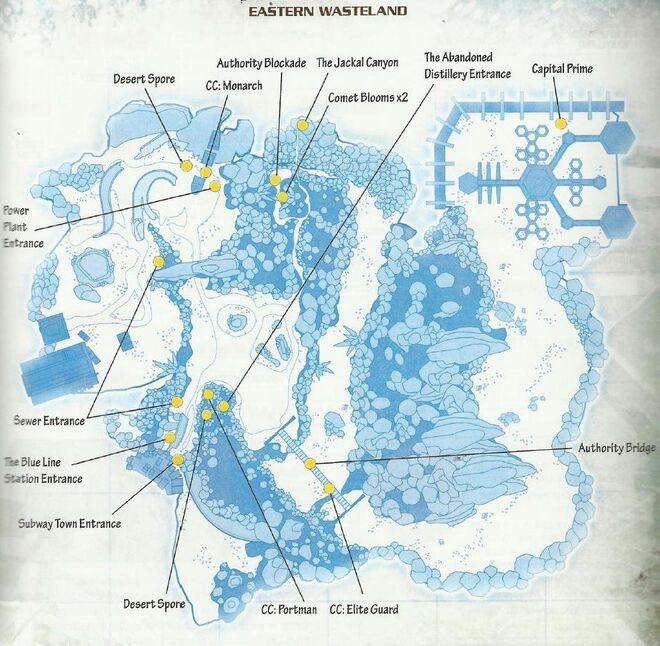 Concept of the Maggot Fish model by artist Ben Olson

Concept of the Brain Fish model by artist Ben Olson