All enemies have more hit points and hit harder on higher difficulty levels, another more subtle change is the spread of weapons. The higher the difficulty, the more inaccurate the player's weapons become. This is especially noticeable on the Nightmare difficulty with the Sniper Rifle during the quest "Mutant Menace" and subsequent sniper quests, and the Settler Pistol when using the Monocular. This inaccuracy also affects vehicles, lock-ons take longer, the Miniguns, Rocket Launchers and Pulse Cannon are also more inaccurate.

The bandit turret nests will not be as abundant on the Nightmare difficulty as on the easier difficulty levels. Enemy vehicles in the Wasteland will also begin using vehicle quick-use items sooner, and will be more aggressive. This applies to Racing as well.

Loot appears unaffected when the game difficulty is increased. Note that despite the common opinion that the Rocket Launcher near the Kvasir's Sewers exit hatch can only be obtained starting from the Normal difficulty level, it is available on the Easy level as well (Confirmed on

Ultra-Nightmare has been added to the game with the downloading of RAGE: The Scorchers. The biggest changes are: 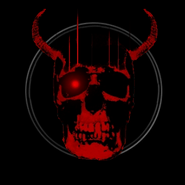