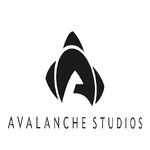 Fatalist Development AB, doing business as Avalanche Studios, is a Swedish-based video game development studio, with studios in New York City, United States of America, and Stockholm, Sweden. The studio is best known for the Just Cause series and 2015's Mad Max, the latter of which heavily inspiring their work on the upcoming RAGE 2.

They were founded in 2003 by Christofer Sundberg and Linus Blomberg following the collapse of Rock Solid Games. Their projects focus on crafting open world projects with player freedom being the emphasis. They currently have over 250 staff members.

They are currently developing other projects, including co-developing RAGE 2 alongside Id Software.